The winding road to contentment

"My biggest success? My exit from the corporate world to become independent 12 years ago -- and to stick to what I believed in. I regard success as a process that requires daily decisions, the latter being as un-sexy as the sandwiches moms and dads prepare for their kids before they leave for school. Success is thus not a one-off, a snapshot. Wasn't Napoleon the man who said that he became Napolean once he understood he could buy the lives of men with medals? Success does not come at a price, it is rather a confirmation that I stayed true to my course."

"Success for me is achieving what I set out to do -- be it in racing, in training, or just in life in general. You can get a lot of satisfaction from achieving and exceeding even the smallest of goals. The big ones -- like winning a bike race -- carry more satisfaction, of course. But success for me comes when I meet a goal after working hard to reach it. [...] The gold medal in the World Team Time Trial this past September was my biggest achievement in cycling to date. We were really an underdog coming in, and few gave us a chance to get on the podium, much less win it. But we knew that we had all the right ingredients to pull out a win, and everything just clicked that day. I definitely have more things to accomplish in the sport, but checking that box to earn a gold medal was a big one."

"For me success is when a good idea becomes reality, in other words to realize something good and sustainable. My greatest accomplishment so far has been to be able to see what the citizens of the city of Frankfurt can achieve on a daily basis, and to be able to support these valuable people in this ongoing process."

- Markus Frank, Deputy Mayor of the Economy, Sports, Public Safety and Fire Protection for the city of Frankfurt am Main 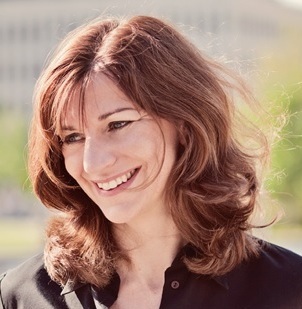 "My greatest professional success has been hr-iNFO, the most modern informational radio programming in Germany. To me, success means having a little leeway and exploiting it in such a way that allows for the creation of something positive. This ensure small success stories every day: from addressing bold subject matter in the radio program, to satisfied and independent employees, or a report that goes beyone mainstream media coverage. Success motivates me and gives me energy. But even more beautiful than success to me is a very private feeling -- happiness."

Success is something that one seeks, which drives him into the unknown. It makes people courageous and willing to take risks. Conversely, failure can make one fearful. Success is definable and very flexible. It is predictable and does not happen by chance. What makes me successful are the unexpected circumstances that arise each day and need to be handled. I learn how to deal with challenges as I encounter them. The more challenges that come up, the more skills I acquire in order to make better and more accurate decisions in the future. The more correct decisions are made, the more successful one is in life. One of my greatest accomplishments was during the school time, when I successfully finished Hauptschule and made the leap to Gymnasium, even though I had only been in Germany for 18 months. My greatest success professionally has been the decision to discontinue my doctoral degree in favor of co-founding the NGO Chancenwerk, which is now a nationally successful organization.