What investors should know…

Günter Wiskot from BLAFOC Forest Consulting GmbH advises medium-sized businesses on their India business. His book "Gods , mobile phones and business" unites 38 years of experience in India. He is also the founder and director of the German Indian Roundtable in Karlsruhe - GIRT. We asked Mr. Wiskot about the most frequently made mistakes, representative stories, and recommendations for SMEs. 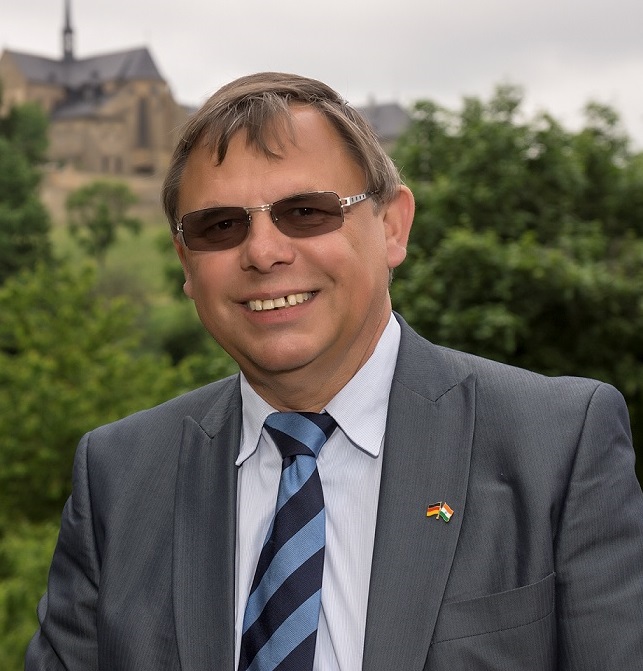 GSC: Which mistakes are most frequently made by owner-operated medium-sized companies in India?

Günter Wiskot: One of the most common mistakes made in India is the fact that German entrepreneurs are often too naive in their approach to the business and do not inform themselves early enough or with enough detail about the business world in India. Many of them assume the initial business contact in India to be the same as in Germany. This often leads to misunderstandings, which are identified only in retrospect. It is wrong to believe that already the first meeting with a business partner leads to a contract in India. For instance, after having visited a fair and expressed your interest in both of you working as distribution partners, many Germans anticipate that cooperation will begin soon. However, it is necessary to establish a relationship of trust during a number of sessions before it comes to a contract. Additionally, misunderstandings often arise due to the entrepreneurs' lack of understanding of the key cultural differences. For instance, you will never hear an Indian say "no" as directly as Germans might say it. Here, Germans are required to read between the lines and learn to take expressions such as "Not an easy question" or "We will think about it" for a "No".
An additional consideration is that the products of German manufacturers need to be adjusted to the Indian market. In India, demand for simple solutions is higher than for complex, multi-functional products. Especially advanced German machinery often needs to be slimmed down in their functions for the Indian. In order to be competitive, companies are required to adapt their products in terms of price, functions, and packaging design to the Indian habits. A well-known example of the packaging is the story of Unilever. The standard package sizes of washing powder, shampoo, etc. sold in Germany have not sold well in the Indian market. When Unilever started to sell their products in small packs – known as trial packs in Germany – to slowly introduce the Indians to the new product, they were successful. With the choice of this pack size they hit the mark and accidentally discovered the correct pack size with which they are very successful in India.

GSC: Why do some companies claim that joint ventures are unsuccessful in India in the long run? Which experiences do you know from your everyday consulting work?

Günter Wiskot: Some of these failed joint ventures, which are characteristic for the problems implied by joint ventures, have already become public through the press. However, they are not representative for joint ventures in India. In general, joint ventures are established for the first 4-5 years abroad, to later convert them into wholly-owned subsidiaries. Occurring problems are mostly due to the wrong choice of partners instead of the corporate form. A good example is an East Frisian wind turbine manufacturer, whose patents were awarded to its Indian partner company by the Indian court. Especially in the pharmaceutical industry problems occur for joint ventures in India since pharmaceutical patents often are not recognized. The error, however, is made by the very companies who believe they can obtain new patents through minor modifications.

GSC: Do you know any examples of companies that have failed in India? If so, where did it go wrong?

Günter Wiskot: I know a few companies that needed several attempts to enter the market in India. German companies often first chose a joint venture that entails an acquisition of 100 percent after four years. Therefore, it can also happen that companies pay a lot of money to buy themselves out of the joint venture. It is also known from some companies that the Indian joint venture partner tried to capitalize in unjustified ways. Commonly, these problems arise due to a false choice of partner. In this case, German companies should expect a processing time of at least 7 years. I therefore recommend the arbitration proceedings. Potential partners should be examinated closely before signing the contract.

GSC: Which recommendations would you give our readers to make their India business a success?

Günter Wiskot: Experience has shown that it is an advantage to place a German manager in the executive board in India. That is to say, the business should be conducted by both Indian and German parties. Due to their knowledge of the processes and networks, an Indian manager should lead the operative business. Nevertheless, it is recommended to include an experienced manager from the German company in the local decision-making process. Moreover, as already explained, it is crucial to choose the right partner for a joint venture.
Since Indians have export experience in particular with U.S. companies, they often assume that business with German companies functions the same way. When getting to know the German culture, however, they learn that this is not the case. For a successful partnership and cooperation, a mutual understanding of cultural and legal differences is essential. For this purpose, both sides need a cultural training that promotes intercultural interaction. It sharpens the senses and can help German entrepreneurs to understand an indirect "No" of the Indian business partner. Always remember: India needs time! That means investors should allow enough time before they count on success. The Indian market works on the basis of personal relationships, which is why it is advisable to invest in maintaining relationships.

GSC: Of course we would also like to hear something positive. Why should innovative companies invest in India?

Günter Wiskot: Günter Wiskot: Already the numbers speak for India as an investment location. 300 million of the 1.3 billion inhabitants belong to the middle class. This market size is equal to the market size of the entire European Union. This strong domestic market is characteristic for India as a business location and still show tremendous growth potential that should be used by foreign companies. The domestic market covers more than 800 million inhabitants, which only gradually turn into relevant consumers. German companies clearly benefit from the reputation of Germany in India and the very good reputation of "Made in Germany". In India people are generally willing to pay more for a German product, provided that their financial condition allows it. Note, however, that India is the wrong market for making quick profits. It is long-term investment that is worthwhile here.