Launch of the Indian Business Forum 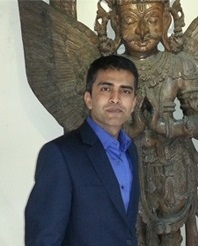 At a celebration of the 65th Annual Republic Day of India, Mr. Raveesh Kumar, the current Consul General of India in Frankfurt, announced the formal launching of the Indian Business Forum. This forum was proposed by the Consulate General as a way to encourage networking and engagement of professionals and businesses from India, both amongst themselves and with the Consulate. Since the two countries already have a strong business relationship that only continues to grow, the Consulate in Frankfurt is hoping to increase its outreach efforts in this regard.

The Consulate is currently requesting that interested professionals and businessmen/women from India or of Indian origin and living in the German states of Hessen, Nordrhein-Westfalen, Rheinland-Pfalz or Saarland submit an online registration form so that their interest is known and the structure of the forum can be finalized.
The registration form can be found » here

Mr. Kumar assumed duties as the new Consul General of India in Frankfurt on September 2, 2013. He has been a member the Indian Foreign Service since 1995. His previous postings include Jakarta, Thimpu (Bhutan), London and Delhi.

» The Consulate General of India in Frankfurt on Facebook