The outlook for the MINT countries

British economist James O'Neill is perhaps best known coining the term "BRIC," the acronym used to describe four of the world's most impressive economies emerging from the developing world — Brazil, Russia, India and China. Recently, Mr. O'Neill, the former chairman of asset management at Goldman Sachs, has touted the emergence of a new set of developing economies, which he has dubbed the "MINT" economies — Mexico, Indonesia, Nigeria and Turkey. In this article, he gives an overview of the current trends for the MINT countries and offers some perspective on what the future may hold for these economies. 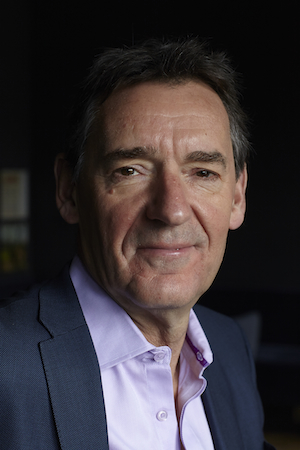 At the start of 2014, I presented a BBC radio documentary entitled "MINTS: The Next Economic Giants". The programmes, each based around a series of interviews conducted from a week's travel to each of Mexico, Indonesia, Nigeria and Turkey in Q4 2013, looked at the future potential of these nations given their large populations, but of course also the considerable challenges that go with that.

As a brief background to why I chose these countries to focus on, back in 2001 I created the acronym, BRIC to describe the future potential of Brazil, Russia, India and China, and how they would be likely to become an increasingly important part of the world economy. Both during their subsequent success and their more recent challenges, many people would repeatedly question why just these four and why not include others? For example, Indonesia has a larger population than either Brazil or Russia, and it is also endowed with lots of resources. In 2004, together with my colleagues at Goldman Sachs, I examined the " BRIClike" potential of the next eleven largest populated emerging economies of the world, outside of the four BRIC countries. Not surprisingly, we showed that many of them had their own exciting potential although none would be likely to become as big as a BRIC economy by 2050.

Each of the MINT countries are one of the next 11, and all except Nigeria are already more than 1 percent of global GDP, with Mexico not being that far off 2 percent.

Over the years, I have come to define a BRIC as an economy that is either already 3 percent or more of global GDP, or one that has that potential in the future. I define a MINT as one that either is, or has the potential to be somewhere between 1-3 percent of the world economy. Currently each of Mexico, Indonesia and Turkey are more than 1 percent of global GDP and indeed, each of them makes the list of the world's top 20 economies by size. Following its very recent GDP benchmarking changes, the Nigerian economy is now estimated to be $509 billion at the end of 2013, which is around double its previous believed size, and would make it around the 26th largest economy today in the world. Because of its impressive demographics, it does have the potential to be easily in the top 20 in the next decade or so, more of which below.

As many listeners to the BBC programme pointed out, population doesn't guarantee that an economy will become big, nor that even if an economy does become bigger does it guarantee shared economic success for its people. Each of the MINT countries, especially Nigeria suffers from considerable inequality and many of its people living in poverty. Nonetheless, their youthful populations give them a chance to become so large that it should also give them a chance to have more equitable growth and to reduce poverty.

According to the projections I worked around for the BBC programme, by 2050, all of the MINT countries could become anywhere from 5 to 10 times larger than they are today (in current 2013 US$). This gives Mexico and Turkey the chance to enjoy wealth at least as high as that enjoyed by many developed countries today, and would allow Indonesians and Nigerians to get to about a third to a half of such levels, and to remove most of their populations from poverty. Whether any of them can succeed will depend on their productivity performance and the ability of their policymakers primarily to rise to the various considerable challenges each of them face?

When I completed the radio series, I concluded that in the immediate future, I was most excited about Mexico, and to the surprise of many, Nigeria, and had more concerns about each of Indonesia and Turkey. Interestingly writing about them all, just over 3 months later, judging from the relative stock markets, investors are most excited about Indonesia and least impressed with Nigeria. So much for my judgement as a short term investor!

I was especially excited about Mexico as I believe their policymakers are adopting wide ranging and genuine economic reforms that, amongst other things, set an example to the other MINT countries and in some cases, even to the developed world, about so called structural reforms. Their young leadership, perhaps unencumbered by previous political ties, seem eager to deliver reforms that could make Mexico a lot more competitive and unleash stronger economic growth for many of their 130-140 million people. It is in the early days for the reforms to take hold, and 2013's disappointing real GDP performance of just over 1 percent shows just why the reforms need to be carried through following repeated disappointments the previous decade and beyond. I remain quite excited about Mexico, not least as I think it is a major winner of the "new" China, which is focused on developing its domestic consumer and is less of a dominant export competitor to the likes of Mexico.

As for Nigeria, this is a country fraught with massive, and often basic, challenges, of which governance and purposeful leadership are at the centre. Its specific challenges of power supply, road and all other forms of infrastructure, education, agricultural improvements all would be considerably eased with stronger shared purpose at the centre of policy leadership and greater accountability. Its people's ingenuity, the returning educated Nigerians from overseas and the scope to continue applying the world's best technologies really excite me about what can be achieved, indeed so much so, I recently made a personal investment in a technology company there.

Indonesia is currently especially interesting as it is soon to have an important general election and it is beginning to look as though the governor of Jakarta "Jokowi," as he is commonly known as, could win. I had the pleasure of meeting him on my trip last autumn and can see why markets think this character could deliver the reforms that Indonesia so badly needs. He is not tainted by much of the oligarchs that seem to have presided over the country in the past and seems very eager of all embracing growth for the masses. In addition, their macro-economic policy response to the challenges thrown up by a less friendly US monetary policy have been rather impressive. It will be interesting to see whether markets will retain this enthusiasm after the elections later in the year.

Turkey is the MINT country that I continue to have concerns about. It has the largest cyclical economic imbalances of the four countries, with rising inflation and a still far too large current account deficit that requires foreign financing. Without weaker domestic demand growth, these two basic challenges will be difficult to solve. They would give a risk of a crisis even if their domestic political situation were stable, but that of course is very much not the case despite the better implied showing of Erdowan in the recent local elections. It is quite remarkable how relaxed markets have been, which could mean that investors prefer strong leadership over everything else. I don't know if this is correct but I suspect more volatility lies ahead.