Accession to the WTO – Russia One Year Later

Tanja Galander, lawyer and senior manager at PwC Berlin, gives legal advice to German investors and their business operations in Russia as well as to Russian investors in Germany. She has years of experience and practice – especially concerning German and Russian company law, civil, and commercial law. The Global Success Club interviewed Ms Galander about the effects of Russia's accession to the WTO one year ago. 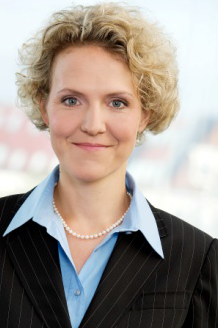 GSC: Since 2012 Russia is member of the World Trade Organization (WTO). Which expectations are already fulfilled? Where is there still development potential?

Tanja Galander: There definitely is development potential. Mutual expectations have not been fulfilled within the previous year. Russia had high expectations on the WTO accession: It aimed at a stronger integration into global supply chains, a strengthening of its competitive power, as well as a reduction of trade restriction concerning Russian commodities in particular. The members of the WTO hoped for a reduction of existing trade barriers, an increase in foreign direct investments and a general modernization of the Russian economy. According to projections of the World Bank, an increase in the Russian Gross Domestic Product accompanied by an increase in wages was to be expected in the medium run. Foreign investors continue to aim at more investment incentives, a reduction of restrictions and bureaucratic barriers, as well as a general increase in trade. After a year, the initial euphoria has given way to disillusion.

Measures of other states that curb imports of Russian goods have hardly been removed. One of the few examples: The Jackson-Vanik amendment has been annulled with the aim to normalize trade relations to the United States. Russia has made important steps towards guaranteeing the freedom to provide services and towards reduction of customs duties. However, in certain fields protectionist measures in favor of their own economy are currently overweighing.

GSC: Which effect did the WTO accession already have on customs law?

Tanja Galander: With the accession, Russia has committed itself to a reduction of customs duties. However, Russia was given 9 years to complete this reduction. Until today, 10 per cent of all customs duties have been reduced. Of course, there is still a lot more that can be done. Examples for these kinds of changes within customs law are customs duties on automobiles, which have been decreased from 30 to 20 per cent, or the food industry, where especially the rate of duty for pork meat within the limits of existing import quotas has been decreased to 0 per cent. Common metals and chemical products can also be imported for a lower rate of duty since the WTO accession.

GSC: Are there any other changes in law with regard to the WTO that are relevant to investment business operations? If yes, which are they?

Tanja Galander: Because of the accession, Russia has been forced to also loosen restrictions for services. From now on, banks are allowed to establish subsidiaries without individual restrictions of foreign shares of capital. The maximum limit of the total share of foreign capital in the Russian banking industry has been increased to 50 per cent. The establishment of branches within the banking industry is legally prohibited since March 2013. From 2021 on, it will (probably) be possible to establish branches in Russia. The admissible total contribution of foreign investors in the insurance sector has been increased from 25 to 50 per cent. For certain businesses dealing with life and compulsory insurance, legally regulated contributions have been increased from 49 to 51 per cent. Maximum limits for the telecommunications sector are very similar. After five years, however, mentioned maximum limits are planned to be completely abolished. Russia's intellectual property law has been modernized even before its accession to the WTO.

GSC: Due to the WTO accession customs duties have been decreased. At the same time, however, a number of protectionist measures have been taken. Which effects on foreign investments and foreign trade relations do you see here?

Tanja Galander: First, the scrapping bonus has been introduced in the automotive sector, which presents a disadvantage for foreign manufacturers in particular. Russian manufacturers are exempted from these payments and therefore clearly in advantage. Other WTO members criticize Russia for this since this regulation is WTO-illegitimate and was introduced only in order to support the domestic economy. Of course, also foreign investors lament these measures. We have received feedback from foreign investors saying the current investment climate was more unfavorable than it was before under protectionist measures. In the food industry mentioned before import provisions have been intensified up to a ban on imports, because hygienic standards have not been met according to the Russian government.

GSC: What about intellectual property rights in Russia? How can innovative German businesses that plan to enter the Russian market protect themselves?

Tanja Galander: As mentioned before, Russian intellectual property law is very modern and formulated well in the Russian civil code. Those who criticize Russian law do so mainly because of insufficiencies in application or practice. Businesses can protect themselves from these problems by taking legal advice and taking action very early to get patent and know-how protection and form a license agreement among others. Also helpful are agreements with employees and trainings that outline the importance of this protection.

GSC: Last but not least, what should definitely be considered when forming a business in Russia from a legal perspective?

Tanja Galander: The basis of every business in Russia is a thorough and wide-ranging preparation. Russia can be challenging. A long-term schedule should be calculated. If in any way possible, foreign investors should make themselves familiar with economic law, tax law, and intercultural topics. They should by no means assume that businesses work just the way they do in Germany. Those who want to gain a foothold in Russia need patience. It is not only the lack of legal security that causes problems for foreign investors. It is also Russian bureaucracy that causes personal and financial obstacles.

Some general advice: Business in Russia is in any case a matter for senior management. A continuous monitoring and control by the highest instances is essential for having success in Russia. Advantages are, of course, language skills as well as cultural understanding.

GSC: Thank you very much for this interview, Ms Galander.